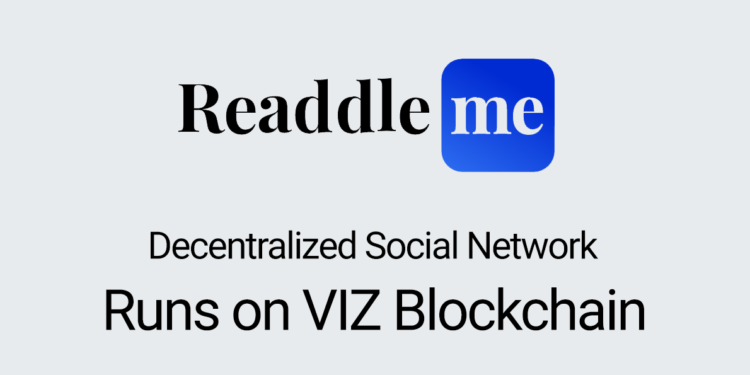 The concept of blockchain-based social networking didn’t arise out of nothing. In the past I used both Steem and Voice myself.

But being immersed in the topic of social networking understood the «conventions» of decentralisation in the blockchain «application» approach. The word «decentralisation» was used by many for a factual reference, but in fact there was hardly any there.

My quest for a new concept culminated in four publications (one, two, three, four) in early 2020. With funding from @menaskop (I recommend checking out the @web3news russian telegram channel) I started developing The Free Speech Project at the Internet Society hackathon and continued afterwards.

The project’s historical GitHub is still with them, you can see a short presentation with talking points at the time, now I want to tell you what I’ve achieved in 6 months of development.

Rewards other users via VIZ Social Capital. As a reminder, there is no reward window in VIZ. The long tail from interesting publications can keep working for you.

Most importantly, The Free Speech Project is a free project that anyone can run on their own. It is possible to brand the app, and Readdle.me is an example of such branding.

I think I have made progress in increasing ‘decentralisation’ in the vision I expect of a ‘social network’. The social networking algorithm itself — executed on the user side.

Naturally, there are elements that are very difficult to make distributed. It’s trivial, but where to store user data? The same user avatar uploading is now done as integration with IPFS and SiaChain (Skynet) providers. What about creating a preview of the first link? Browser and javascript don’t allow to do that without an intermediate node.

This is the part of the question that remains to be answered (temporary solution already done). For now, I’m leaning towards developing a VIZ Hub, which would be a provider for a user to interact with a specific list of microservices. So that any participant can run VIZ Hub on a simple hosting service or on their own computer so that they are not dependent on third-party providers.

Developing a free internet is impossible without freedom of speech — a person’s right to express themselves freely.

Step by step, we will be able to provide a choice. Those who wake up will be able to make it. Whether it will be Readdle.me or another service is not that important. What is important is that the individual and society as a whole will understand the value of their freedom.

P.S. I understand that the theory of six degrees within a new and empty space is difficult to verify. But the path emerges under the feet of the one who walks. I am walking, are you?