The year 2020 has passed. It has been a strange year for the world. I suggest we take a look back at what has happened at VIZ during that time 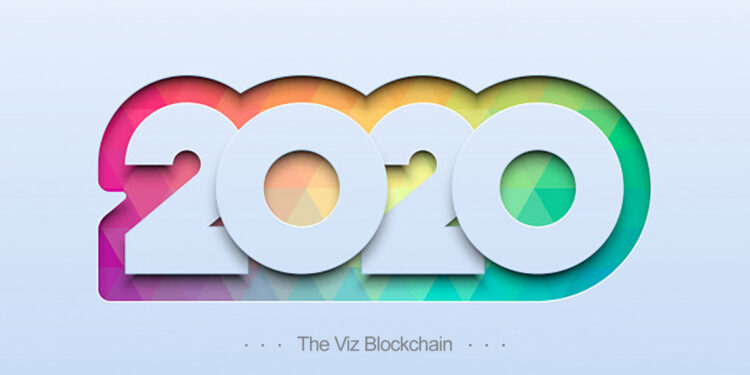 Let me start by saying that it has been an extremely difficult year. The pandemic has affected many of us. In one way or another.

At the same time, a lot of people were spending more time online, it was time to focus on internet projects.

There was a hardforward change in VIZ that added fees to the committee for actions that involved adding items to the indexes (this affected invites, paid subscriptions, delegates, committee applications).

This stopped the spamming of applications to public lists. I would not be surprised if bugs are discovered somewhere in the future. The network recently crashed due to mis-typing, but witnesses were able to quickly roll out the fix and the network was up and running within a few hours. This is how the ecosystem is honed, bug by bug 🙂

A plugin was created to save data about the last custom account operation. This will make it easier for developers to integrate various checks in protocols on top of the VIZ blockchain.

Early in the year, the blockchain explorer info.viz.plus appeared, which was later attacked several times by detractors via spam. The my.viz.plus personal account was updated and an ERC20 USDT exchange appeared there.

Telegram bot viz social bot was updated to version 2, English localization appeared, channels became more convenient to manage, shared rewards appeared, guide for newbies, bot became more stable and coverage increased. If at the beginning of the year the active users were about 300 and the coverage was around 6400, a year later the figures have increased significantly!

Now the active users are around 2000 and the coverage is 18600. The bot is connected to hundreds of channels and groups. So far, the emphasis and growth has been among Russian-speaking users. I wonder what will happen in a year? 🙂

VIZ has found its own symbol — Ƶ. Some of the members have supported this initiative, delighting the community with their creativity and all sorts of images.

Vizonator has received several updates. The awards cycle for YouTube channel owners has been closed. Channel ranking has also been introduced. There are now many more rewards in the ecosystem.

Denis Skripnik has picked up testing the API for VIZ developers. There is a series of articles for newcomers to VIZ (russian). The interface for multi-sig operations has been adapted. VIZ Projects concept and prototype, protocol and oracle for search engine based on VIZ Links content popularity (idea), auditable polls on VIZ.

The infrastructure has evolved too. There are a couple of new witnesses, some public nodes, status and a proxy balancer between them.

For me, the main project in VIZ for 2020 was The Free Speech Project (later publicly launched as Readdle.me). It is a full-fledged dApp in the VIZ ecosystem, where the social networking algorithm is executed on the user side.

The browser is the social network that feeds the activity of people of interest to you from the VIZ blockchain. The decentralised social network Readdle.me will still give a boost to the development and popularisation of VIZ around the world.

Last but not least, here’s a podcast about VIZ by @inov8 on New Year’s Eve (russian) 🙂

Thanks to everyone who helps test, improve, translate articles about VIZ! Everyone participates in life of ecosystem as much as he/she can, appreciate each other, good job!

We are at the beginning of the journey, join in!

I had to get out into the public field a bit, participated in online broadcasts about web3, dapp and blockchain technology. There were many topics, but I remember most of all the broadcast with Sergei Sevantsyan, where I talked about VIZ.