Whisper protocol on the VIZ

Amazing nearby. They want to hear you. Everyone wants. And then suddenly, you whisper in the ear of a friend in the park the meme "Hail Hydra!" ?! Disorder! 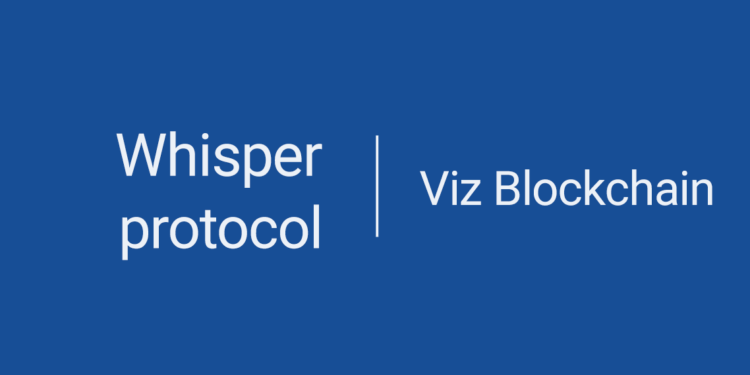 The amazing is near. People want to hear you. Everyone does. Or what if you whisper the meme «Heil Hydra!» in the ear of someone you know in the park! Wrong!

But on the Internet, suddenly, everyone needs to know what kind of data goes from Node A to Node B, and even in plain sight.

Whisper protocol allows to realize hidden messages from node A. With one detail. It is not known to node B.

To everyone, it will be noise with an unprovable meaning. Until node B tries to parse this noise, what if it is meant for it.

Message encryption via shared key has been around for a long time (relatively). The same transfer notes in the BitShares network are implemented via aes-256-cbc, using a shared key between two nodes as the password.

There is an important difference in the proposed VIZ Whisper protocol. There is no specific recipient in the operation. Moreover, the sender can be TOO hidden, and someone will use an intermediate account, possibly a service/common/anonymous account, to deliver the whisper to the network.

Algorithm of operation for the sender:

Work algorithm for the recipient:

This protocol successfully hides the recipient (which doesn’t preclude guessing who is communicating with whom if there are multiple participants in the protocol) and potentially the sender.

I invite VIZ members to join in the discussion about the protocol, maybe someone would like to develop an experimental version of the dapp for testing in an existing network. In the meantime… Let’s remember the Marvel Universe 😀

For the future: it is not necessary to use the blockchain itself to record a whisper into blocks. For this, VIZ Hub is suitable with support for this feature.

Added: for greater anonymity and the impossibility of revealing the sender or recipient by brute-force to the public keys of all users in the blockchain — adding to the protocol a proposal to use a mixer string to generate a whisper key in the first message with a proposal to start a conversation.

After that, the recipient of the message becomes hidden (and the sender in the case of using a third-party transaction provider to the network).